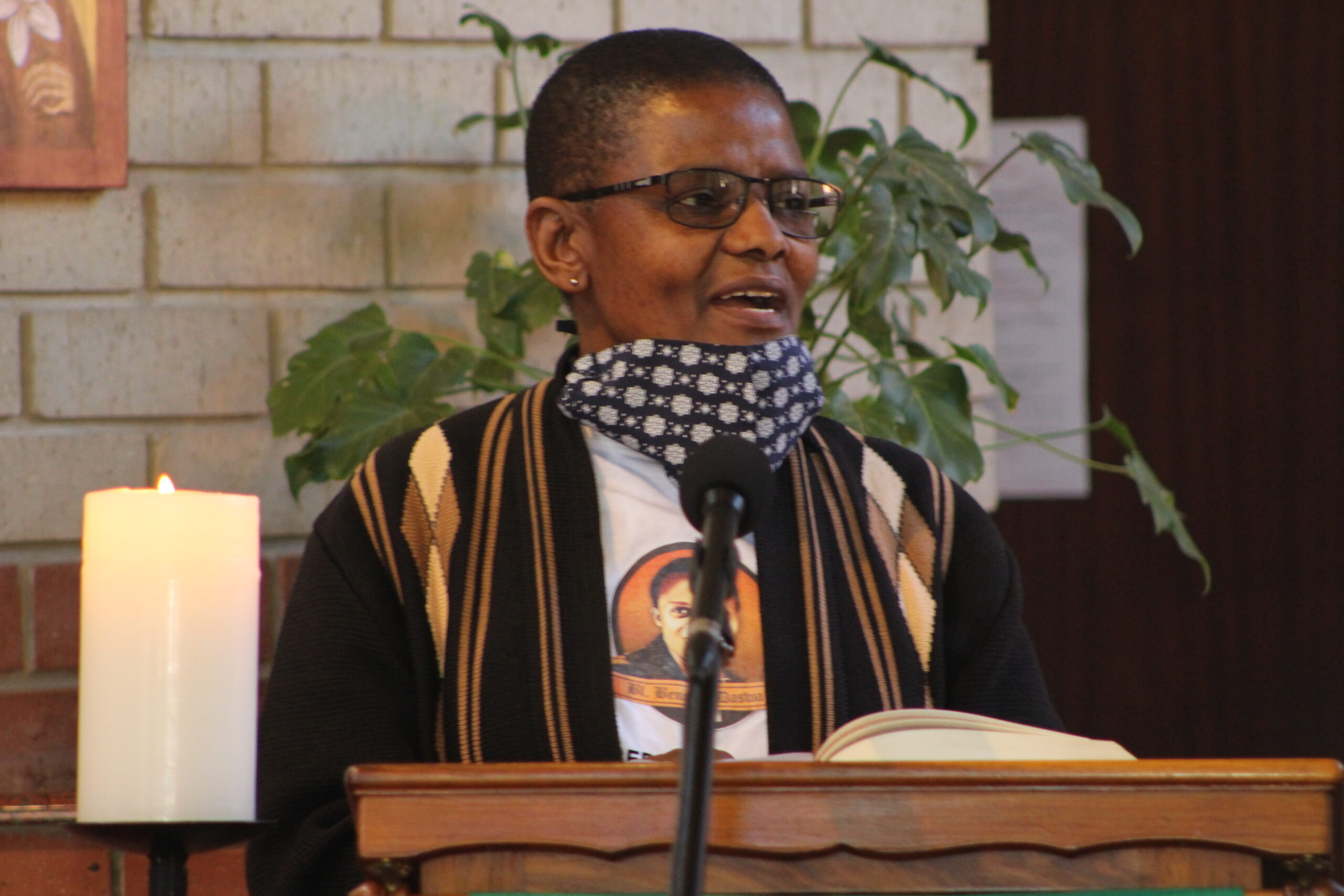 Today’s readings express what and who Blessed Tshimangadzo Samuel Benedict Daswa was as a person.

In the first reading Paul states “… love builds up.”

In his life Tshimangadzo Samuel tried to build the children he taught and community he lived in. He showed his love for them by building the community and encouraged the young people to have the education they needed especially the girl child. A woman a talked told the story that her father decided to have her married at the young age. When Daswa heard this, he visited the father and talked to her about the benefits of having her educated. The father listened and allowed her to continue with her studies.

5 years ago on the 13th September, Cardinal Amato came to South Africa to BEATIFY Tshimangadzo Samuel Benedict Daswa. This was the culmination of a long process that started around 2000, when a group of lay leaders were asked to reflect on some deceased Catholics who had led exemplary Christian lives. The group from thohoBenedict Daswa’s name came up and people shared fondly about the Christian life he had led and how he died. They recalled that the priests and deacon at his requiem Mass wore red vestments recognizing that he had died for his faith.

The local community on the 2nd November each year would go to pray at his grave. In 2000 on the 10th anniversary of his death they had a big celebration and visited the place where he died. When the bishop of Tzaneen heard this was interested in following up the story of this man. Together with the diocesan consulters they decided to investigate further how he lived and died.

Benedict is known as a man of prayer, a man who loved the church and would do anything for the church. That is why he promised his wife he will not build her a house until he had built a church, a house of God. A promise he fulfilled as soon as the church was built. He is known for his charity work, at school, in his community, in the church and with his extended family.

Generous as he was he would not compromise in matters his faith. He made everyone know he was Catholic, he began everything he did with prayer. On the day of his death he did two things that had been his character throughout his life,

The final act he did on earth was prayer, as he was killed while he was praying.

Benedict’s cause for canonization is that of MARTYRDOM, he died for his faith.  We pray and hope that one day he will be canonized. The process for his beatification proceeded faster than anyone had expected.

Initially he was declared a “SERVANT OF GOD”. During this time they proceeded to investigate more what type of person he was by interviewing those who had known and lived with him.

They produced a document that was sent to the CONGREATONFOR THE CAUSES OF THE SAINTS. This document was given to theologians who looked through it and all nine agreed that Tshimangadzo Samuel Benedict Daswa was indeed a martyr, he died for his faith. Once the case was presented to Pope Francis he gave his judgement that Benedict was a true martyr for the faith and directed that he be BEATIFIED. The beatification date was set for the 13th September 2015, and he became BLESSED.

During his beatification homily Cardinal Amato said the following: “Today is a festival day for the diocese of Tzaneen and for all the faithful of the Church in South Africa. It is also a day of great joy here at Thohoyandou for the Beatification of Tshimangadzo Samuel Benedict Daswa Bakali, MARTYR OF THE FAITH, APOSTLE OF PEACE AND OF FRATERNITY and BENEFACTOR OF HIS PEOPLE. [1]

In the Letter of Beatification Pope Francis exalts the figure of Benedict Daswa, MISSIONARY OF CHRIST in the land of Africa,
“Layman,
Father of a Family,
Martyr,
Diligent Catechist,
Considerate Teacher,
Witness of the Gospel until the shedding of blood”.

It is the complete picture of Blessed Benedict, whose traditional name Tshimangadzo means wonder, miracle. And Benedict Daswa was an AUTHENTIC WONDER OF GOD, A TRUE MIRACLE OF GRACE. The HOLY SPIRIT HAD TRANSFORMED this young South African into an authentic hero of the Gospel. His heart was full of love for God and neighbor.” (Homily Cardinal Amato)

He is used as an example for many, someone to look up to. As a lay person he witnesses to the fact that many lay people are models of holiness.